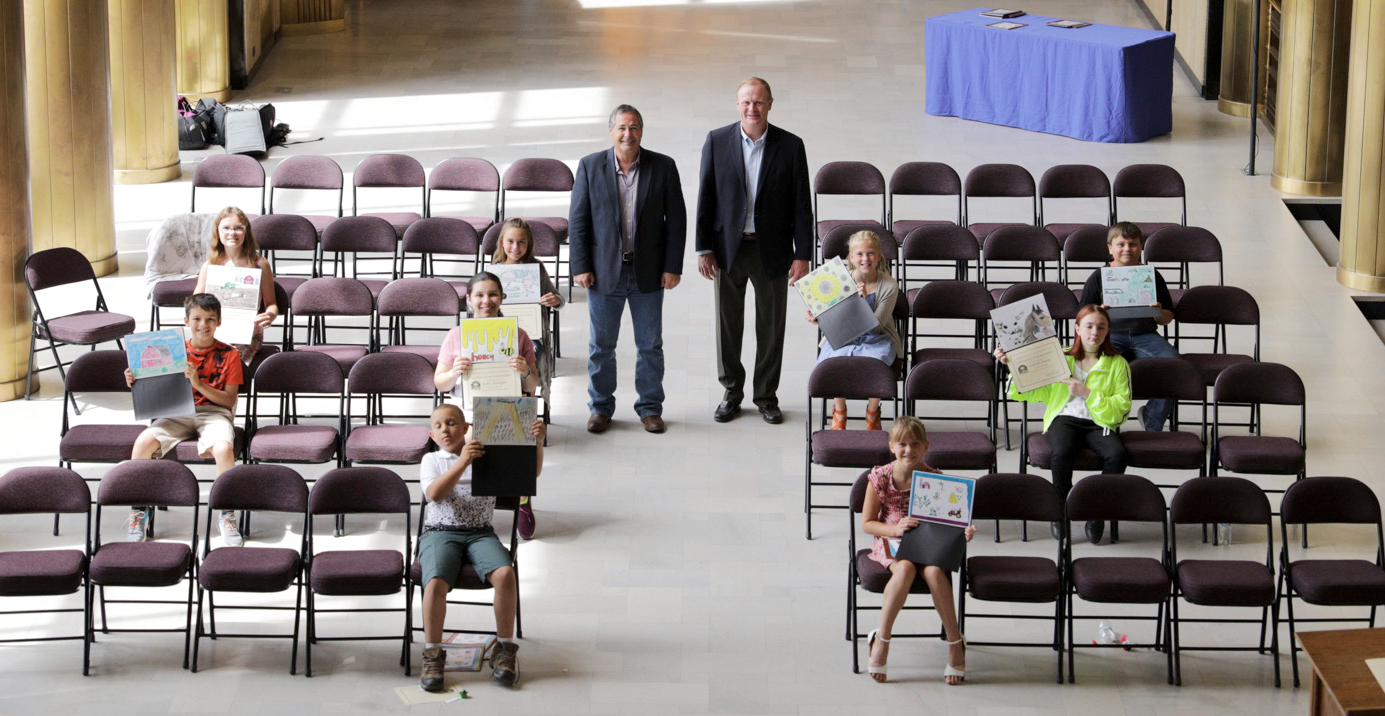 BISMARCK, N.D. – Winners of the 2020 Ag in the Classroom (AITC) Calendar Art Contest were recognized today at a news conference at the State Capitol. Third to fifth grade students were invited to submit original artwork about North Dakota agriculture for the contest to be used in a calendar for agricultural literacy.

“The contest helps students learn about North Dakota agriculture and how their food is raised and produced,” Agriculture Commissioner Doug Goehring said. “The resulting calendar teaches agriculture to students across the state through daily agriculture facts.”

This year’s winners and artwork placements are: